In This Section ▾

The Pinetop Country Club's rich history dates back to the early 1900's. Local pioneers believe the grounds were last timbered in the early 1920's. Throughout the area, you can still find portions of the railroad bed used for the logging operation. The water tank, located on the golf course behind the fifth green and the sixth tee box, was a former stock-watering tank for the cattle transported along the only access road through the area. 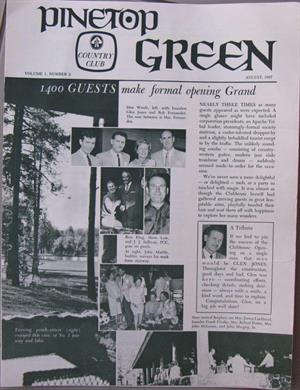 As plans to move a lumber operation to the area were abandoned, Bob Fernandez, Glen L. Jones, and later Frank Crosby partnered to develop the land as a privately-owned country club and residential development.

As the plans developed, additional individuals joined the trio: 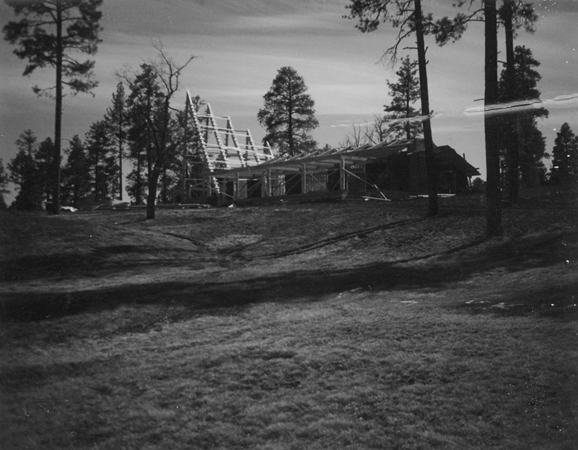 Prior to developing the golf course, the need for a natural water source was mandatory. Evidence of well-drilling can be seen today near the twelfth tee on the golf course, where the developers discovered one of the best-producing wells in the White Mountain area. As you explore the Pinetop Country Club community, you will also discover street names dedicated to the initial developers.

Around this time, the team of six grew to eight as Malcolm White and Milt Coggins, Sr. joined the partnership. Malcolm's firm provided land planning and engineering, while Milt joined Gray on the golf course planning and construction team.

The first nine holes were completed in 1965. As demands increased, the second nine were ready for play by 1967. The clubhouse construction began in 1966 and in 1980, the clubhouse grew to include a new dining facility, kitchen, and cocktail lounge.

Evolving from eight investors to over 400 members, Pinetop Country Club invites you to become a part of its rich history. The Club opens for a full season of golf and social events in April and closes in October.